Nothing strikes fear quite like a spider invading your home. We have to deal with a variety of spider species here in Elk Grove, Sacramento, and Roseville. From the truly petrifying Wolf Spider and Black Widow to the less known Yellow Sac Spider and Orb Weaver Spider, none are invited to visit, much less live, in your home. Before we get into the different types of spiders found in our areas, let’s learn a little more about what drives our fear of these creatures. We also have a bonus video mentioned below about how you can make your own spider rifle, letting you take spider control into your own hands! 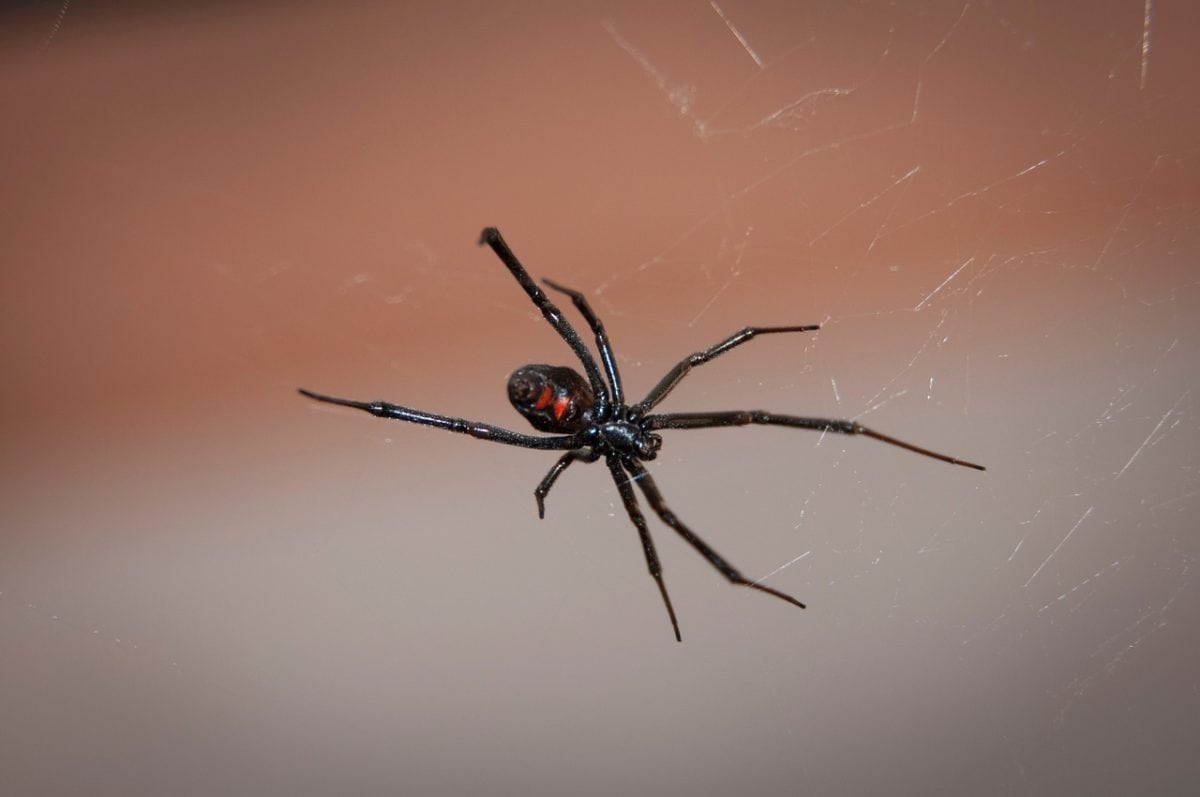 What Causes the Fear of Spiders?

Arachnophobia (the fear of spiders) is the most common phobia in the world, beating out Ophidiophobia (fear of snakes) and Acrophobia (fear of heights). Spiders, for the most, part are only a major pest problem because they scare so many people. But are these fears warranted? The fear of spiders is an evolutionary response passed to us since spiders, especially the venomous ones, have been associated with infections and disease. Arachnophobia also relates to scorpions. The condition is thought to affect 3-6% of the global population.

What are the Signs of a Spider Infestation?

The key way to notice any spider infestation is to look for webs. A spider can sometimes be identified by just studying the web they have created, whether it is orb-shaped or funnel-shaped. An experienced pest control expert will have a good idea of the type of spider residing in your home based on the web.

Where do Spiders Hide in my Home?

Spiders generally love dark and secluded spaces in your home. They are territorial and prefer to ambush their victims rather than hunt them down, so finding a place in your house or garden that has little human traffic is ideal for them. This can include basements, attics, inside wall joints, ceilings, storage boxes, closets, and underneath furniture. A thorough spider inspection of your home is needed if you want to have peace of mind that you won’t be attacked.

What Attracts Spiders in your House?

Spiders are found in roughly 2 out of 3 homes in America. But what brings them in?

During the milder months in fall and winter, the spider seeks shelter indoors.

The male spiders try to get in your home to seek willing female companions and create offspring. Indoors is sought for protection, as birds and other predators are not as common inside. Finding a secluded spot is ideal for these pesky little lovers.

Spiders not only make their way into your home to try and take themselves off the food chain, but they also know that there is food in there as well. This includes your common household pests like cockroaches, earwigs, mosquitos, flies, moths, termites, and ants. In a sense, they are an effective form of pest control.

Are Spiders Good Pests to Have in Your Home?

If there are venomous spiders in your home than we strongly recommend taking a course of action to get rid of them. This is especially true if you have young children or elderly relatives, as they are more susceptible to spider venom.  But for the most part, having non-venomous spiders in your home can be a good thing. They hunt and eat other bugs which is its own form of pest control. Spiders can take down termites, ants, earwigs, cockroaches, and other residential pests that can cause problems for you. Spiders are also good pests to have in your garden, as they also feed on many insects that damage your foliage.

In Elk Grove, Sacramento, and Roseville we only have to worry about three venomous spiders, the Black Widow Spider, Cellar Spider, and the Yellow Sac Spider. If you live with children and elderly people and notice that one of these spiders has moved in, you need to get rid of it ASAP. Children can be curious and fearlessly approach, unintentionally provoking the spiders. Neither of these spiders are aggressive but they are highly territorial and will attack if they feel threatened. It’s best to call an experienced spider exterminator to make sure all traces are destroyed, including the spider eggs. Call us toll-free at (888) 885-5017 for a free spider inspection.

What do Spiders Fear?

Let’s turn the tables a bit. Even though spiders strike fear in so many of us, that doesn’t mean they are at the top of the food chain, either. They have natural predators that are also found in and around your house. Rodents, cats, dogs, and birds all eat spiders, and since they are not an aggressive creature unless directly provoked they would rather flee than fight when it comes to human interaction.

What are the Common Types of Spiders in Sacramento?

In future posts we will go into greater detail about these species but for now, a brief introduction will do. These are the common spiders found in Elk Grove, Sacramento, and Roseville.

An infamous spider, the dreaded Black Widow needs little introduction. A jet-black spider usually with a red hourglass design on its abdomen, the female Black Widow has a venomous bite that is reported to be 15 times stronger than that of a Rattlesnake. A solitary creature except during the mating season, the female Black Widow will eat their male counterparts after mating, thus the name. They can make their way into your home via the firewood, through open doors, or through cracks in the windows. Their webs are the strongest amongst spiders.

Cellar Spiders have small bodies with long thin legs and are usually gray to tan in color. They would try and bite if provoked, but fortunately, their mouthparts are not large enough for humans. Cellar Spiders got their name from where they usually like to reside – humid dark and secluded areas (like cellars). They usually live close to one another, creating a series of webs between their community. These little critters are also poisonous so you need to be extra vigilant.

The Wolf Spider is one of the largest arachnids, second only to the infamous Tarantula. A nocturnal hunting spider, the Wolf Spider is actually not venomous. However, due to their size, we understand they are not the most welcome of house guests in Sacramento. Generally light gray in size, they are fast movers and will attack if provoked.

Yellow Sac Spiders are small in size, usually ¼ inch and range from beige to dull yellow in color. They are a nocturnal hunter, rather than setting traps for their prey. A Yellow Sac Spider bite can be dangerous as it will cause moderate pain and kill the skin cells that the venom has come into contact with. This will usually turn the bitten area black. But like most other spiders they will only bite if provoked or threatened.

It is difficult to describe the general appearance of the Orb Weaver Spider as it is actually a large family that has a range in appearances. But they are usually identified by the web that they construct, that quintessential web depicted in media and children’s drawings, etc. They are nocturnal and consume parts of their web every day in order to gain moisture from dew. Like the Black Widow, after mating, it is common for the male to be the first meal.

The largest of arachnids, Tarantulas are the most well-known spider in the world due to their size and appearance. Thankfully though they are only found in these parts as pets. But we feel knowledge is power, so we have included them. Tarantulas can grow up to more than 30cm and usually range from brown to black in color. They only bite if provoked and their venom has the ability to cause nausea, rapid heart rate and breathing, and profuse sweating if that person is allergic to spider venom. They eat ants and beetles.

Here at Pegasus Pest Control, we take pride in protecting you and your loved ones from some of these dangerous creatures. If you have noticed webs and other signs of spider infestation give us a call at (888) 885-5017 and offer free pest inspections.

If you want to create your own form of spider pest control, try making this “Spider Rifle” – Make Your Own Spider Rifle (video). 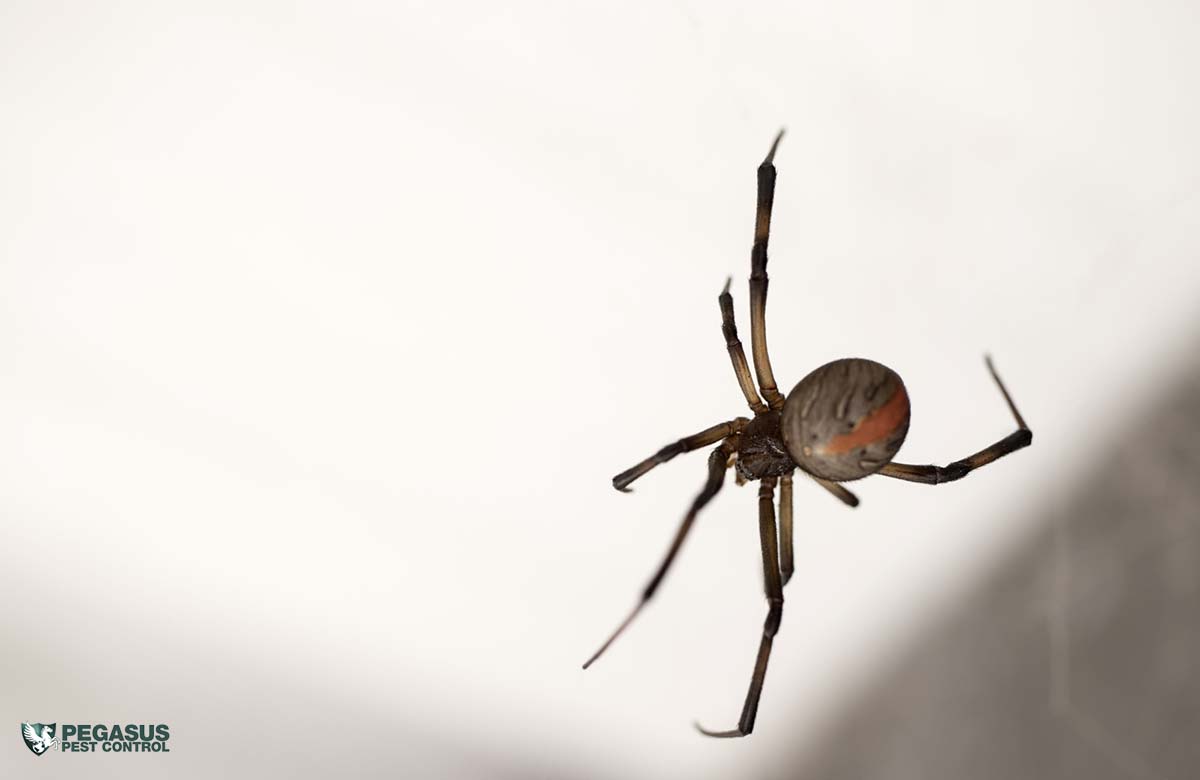 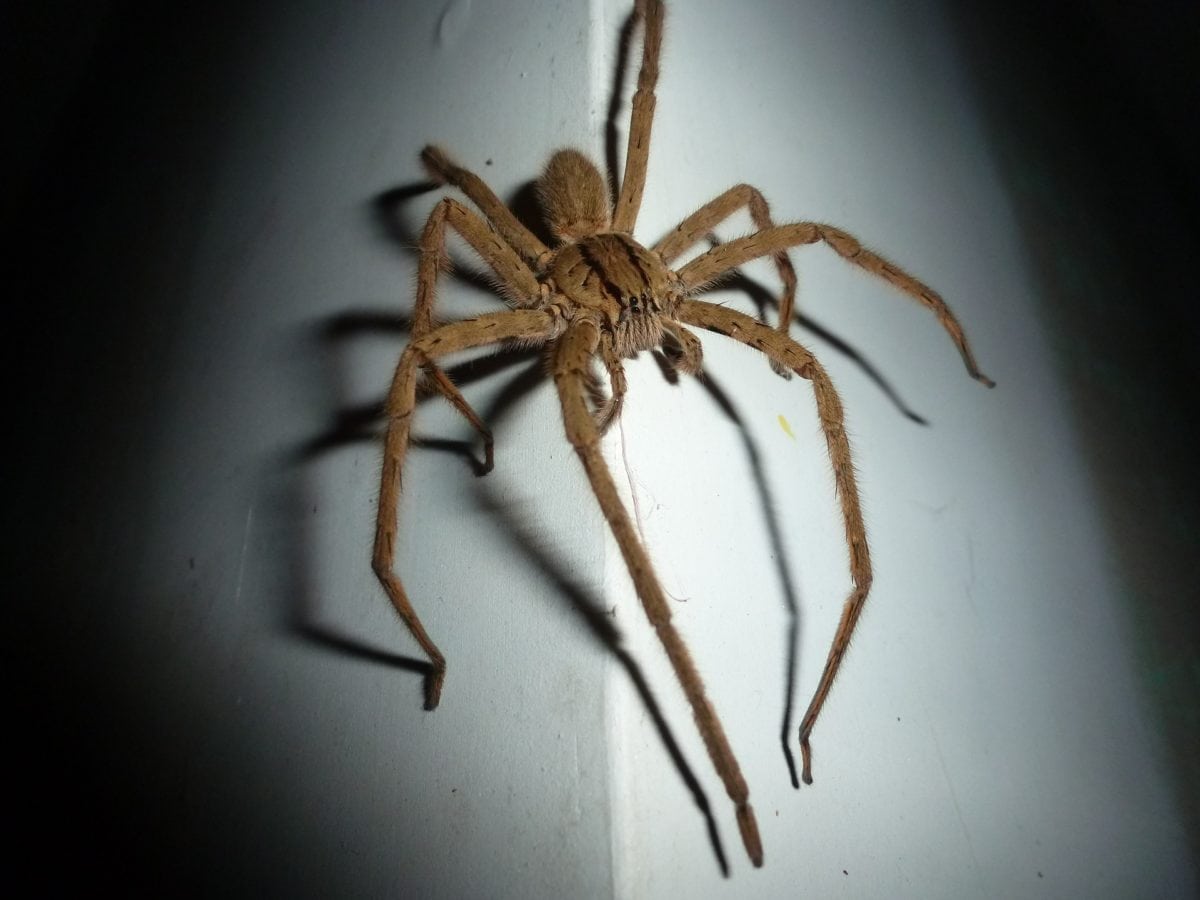